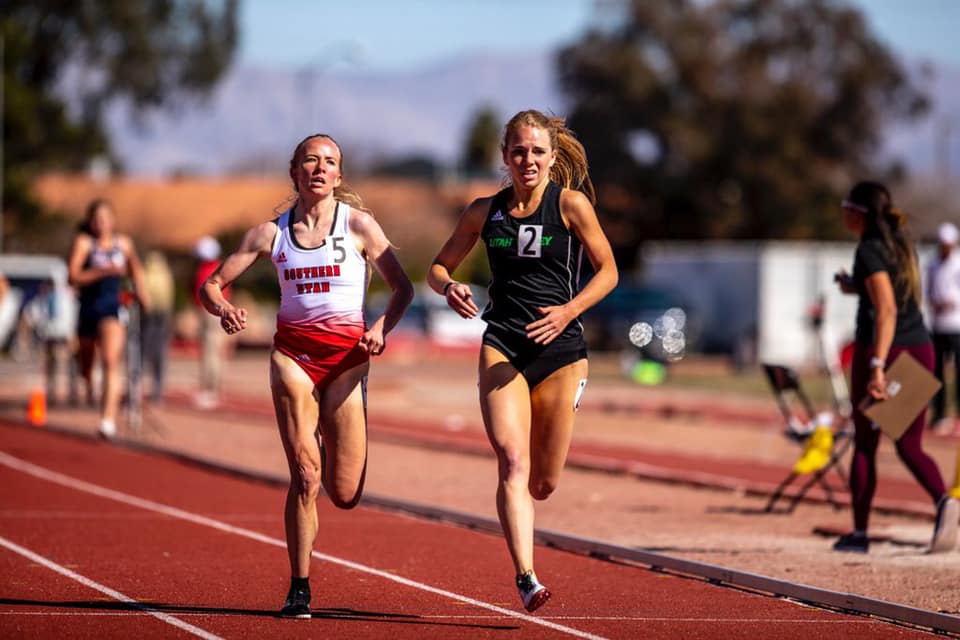 On March 21-23, UVU’s track team dominated a solid field at the UC Riverside Spring Classic in Riverside, Calif. The men were able to come away with a victory, while the women placed third out of nine total teams.

The men won the meet by a landslide, coming away with a total score of 209 points. They were particularly impressive in the distance and field events, where they claimed a number of individual victories. Sacramento State and UC Riverside finished second and third with 124 and 92 points, respectively.

Freshman Andre Jones won the 400m hurdles for UVU with a time of 52.63 seconds. He also finished third in the 110m hurdles with a time of 14.89 seconds. Meanwhile, sophomore Alex Lawrence claimed the victory in the pole vault with a final mark of 4.9m and junior Albert MacArthur took the triple jump with a leap of 14.67m.

Senior Sean York placed first in javelin with a throw of 59.58m and senior Daven Russell won both the shot put and hammer throw with marks of 17.65m and 58.67m, respectively.

In the 1500m race, UVU claimed the top three spots. Senior Brandon Edmondson narrowly edged out sophomore teammate Anthony Ocegueda by less than half a second to take that race with a time of 3:53. Freshman Jacob Egan took third. In the 3000m steeplechase, junior Adrian Jones and sophomore Geofrey Kemboi took first and second with times of 9:13 and 9:33, respectively.

In the 5000m race, the Wolverines again swept the podium as freshman Hawk Call, senior Kevin Lynch, and freshman Britain Reynolds took first, second, and third with times of 14:43, 14:58, and 15:06, respectively. Freshman Jared Gonzalez-Perez came in fourth as well with a time of 15:25.

The women’s track team meanwhile finished with 117.5 points, landing behind Sacramento State and UNLV. Senior Savannah Neuberger led the way with a win in the 800m, finishing with a time of 2:10, while freshman Skye Jeppson and sophomore Rebekah Christensen took first and second in the steeplechase with times of 11:14 and 11:51, respectively.

As with the men’s team, the women also took the top four spots in the 5000m race. Sophomore Hannah Branch won with a time of 17:00 while senior Paityn Chynoweth, freshman Mazzie Melaney, and sophomore Emily Jones came in shortly after with times of 17:28, 17:34, and 17:35.

After competing in the UVU Collegiate Invitational on March 29, the track teams will head to the Utah Spring Classic on April 12.