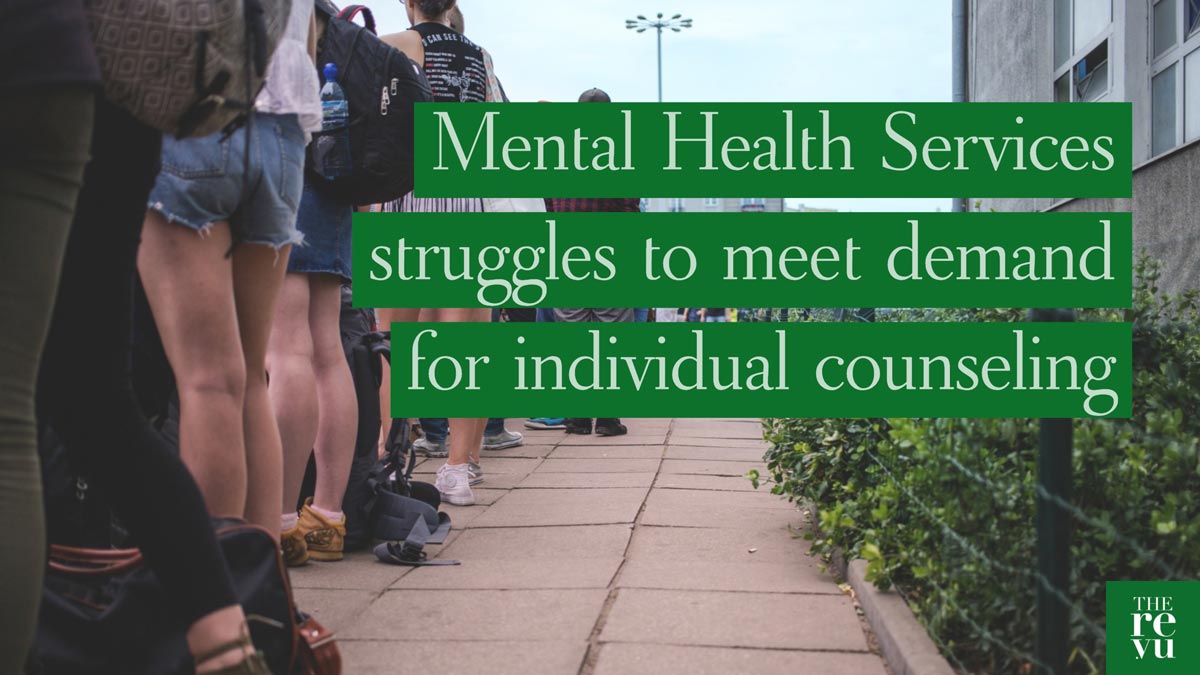 UVU’s Mental Health department continues to expand its services to meet the needs of the growing student body; however, some students are not getting the individual help they need due to increasing waitlists.

“For a while now, I’ve been experiencing difficulties from emotional issues [and] anxiety and depression to a point where I felt I had expended my options of coping with it. I decided I needed help from the UVU health center at the beginning of the semester,” according to a student who preferred to remain anonymous.

She and other students have expressed concerns that they can’t meet individually with counselors on campus in a timely manner. According to this student, she can’t even get on the waitlist.

According to Edward Martinelli, interim director of Mental Health Services, wait times vary over the course of the semester and students should expect to wait about six to eight weeks.

UVU offers other services to help students in different ways as the demand for individual counseling is increasingly high. Group therapy and the Preventative Outreach Program presentations are a few of the services that provide students with assistance and are of no cost to students.

The current student-to-therapist ratio is estimated to be 3,500-to-1, according to Martinelli. This is a significant improvement from the previously reported 5,018-to-1 in September, 2017 from William Erb, senior director of Mental Health Services.

Although the ratio has improved from last semester, the wait times seem to have gotten worse.

“Most of the people I know who have gone to the health center have been able to get an appointment, however, this was prior to this semester,” she said.

She believes that students would benefit if more therapists were hired, but doesn’t think that it will fix the issue entirely due to the continuous need.

“I think they’re doing what they can,” the anonymous student said. “I suppose the fact of the matter is that no matter what is done, it seems that the supply cannot meet the demand.”