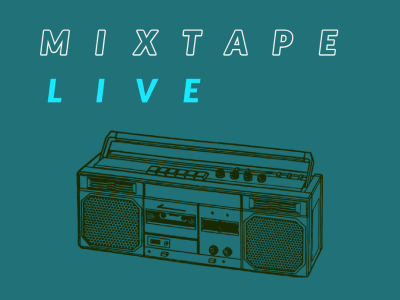 As music lovers everywhere have learned this past year, there is no substitute for live performances. This fact became increasingly clear as excitement built up surrounding the annual showcase organized by UVU’s commercial music department. “Mixtape Live” brought together student-led bands to highlight their work in the best way possible given the circumstances, by providing a production that allowed for both an in-person audience along with online streaming.

One after the other, the groups and solo performers graced the stage with an outpour of skill, energy and joy. Polished pieces that included songs by Radiohead and Boyz II Men, demonstrated the technical ability of the musicians, most of whom had not performed for a live audience in over a year.

Moreover, the show manifested the variety of outlets and formats for musical performance. Acapella groups joined together with beatboxing and four-piece bands in a truly exceptional taste of what UVU’s music program is achieving.

Expanding on his experience, Alec Lowe — a senior in the commercial music program and drummer for Sonic Exchange — said, “We do this every semester as a showcase of everything we’ve been working on.” Despite having paused for a year, he is looking forward to getting back to performing and recording.

The Smith Theater certainly provided an appropriate venue to make the best of their talent. According to Conner Leavitt, a senior in the vocal performance program, the Noorda Center for the Performing Arts has been “a total game-changer”, remembering a time when music students had to practice the hallways of the Gunther Technology Building. The sound and production quality are a testament to the importance of the new arts building and the impact that facilities have in improving the student experience.

With the arrival of spring and an approximate end to COVID-19 restrictions, Mixtape Live emerged as a harbinger of what’s to come. As vaccinations allow for a return to social gatherings and maskless performances, audiences appear eager to share in what has easily been the most difficult time for the performing arts in recent memory.

You’ve “goat” to be kidding me: Goat visits UVU library