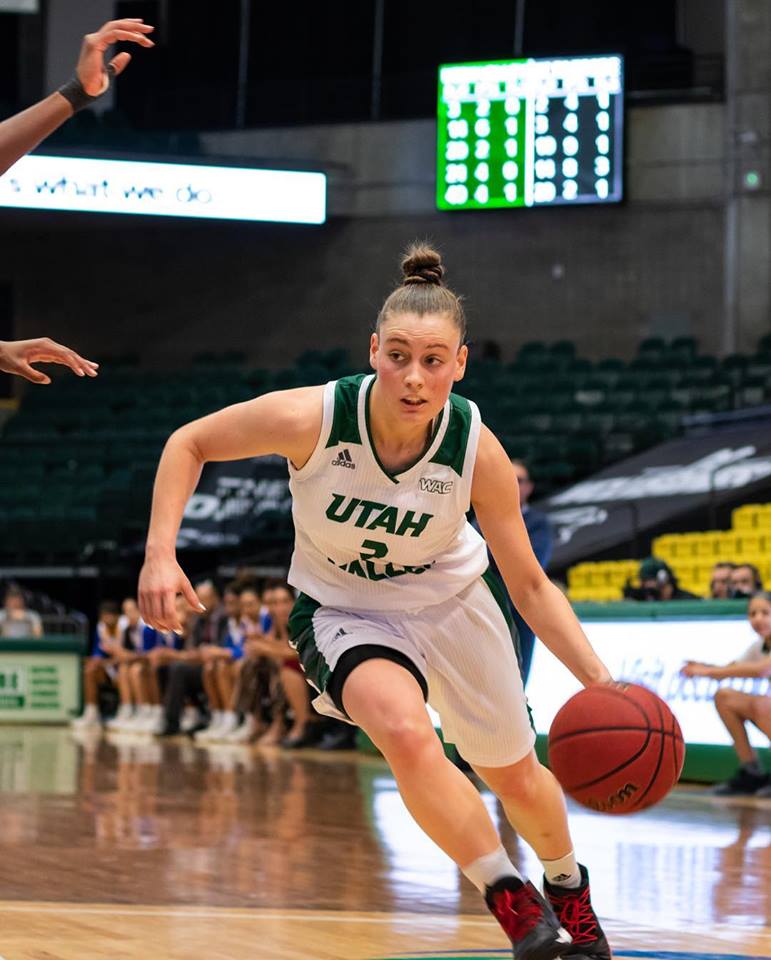 On Jan. 17 2019, UVU’s women’s basketball team continued their three game WAC (Western Athletic Conference) road trip. This time traveling to the University of Texas to face off against the Vaquero’s women’s basketball team. With a previous win the Vaqueros returned home to face off against the Wolverines. In a prior interview discussing the upcoming game head coach Lane Lord of UTRGV said, “What we’ve got to do is try to play more up temp, use some pressure defense in the full court and try to get them out of their rhythm.”

During this game, the most points made was by Jordan Holland, ending with 19 points. Most assists by  Maria Carvalho, with a total count of six assists. The most blocks came from Josie Williams, with two blocks. Lastly the most steals also were also by Jordan Holland  with five steals.

UVU will host UMKC on Jan. 24 in the Lockhart Arena. Come support your Wolverines in your finest green gear.