Kids these days: Why millennials don’t deserve the flack they get 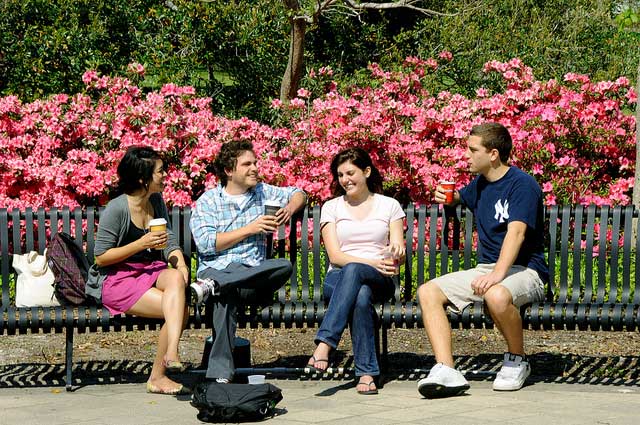 “…A mere amusement of a very inferior character, which robs the mind of valuable time that might be devoted to nobler acquirements, while it affords no benefit whatever to the body.”

This has to be a modern quote about video games, right? Actually, no. The above quote came from an article in the July 1859 issue of Scientific American, decrying the evils of chess, the game that movies use to show you how smart a character is, and that the USA and USSR used to vicariously blow off Cold War steam through Bobby Fischer and Boris Spassky in 1972.

“The art of letter-writing is fast dying out…We fire off a multitude of rapid and short notes, instead of sitting down to have a good talk over a real sheet of paper.”

What sounds like a modern criticism of social media is actually a quote from The Sunday Magazine, circa 1870.

The older I get, the more I realize the truth of Jean-Baptists Karr’s immortal quote, “The more things change, the more they stay the same.” Every generation seems to think that the one after them is the one to blame for all of society’s ills.  As if none of the problems the current generation experiences had anything to do with the cultural and geopolitical environment they inherited.

But I’m always wary of statements that begin with any variation of “Kids these days…” These straw-man arguments presuppose that this generation, and this generation alone, has completely ruined society with their youthful sense of entitlement and general stupidity, that before they came of age, we lived in a golden age of perfect discourse, high culture and complete respect for our fellow man.

That’s why I take issue with actual book titles and headlines like, “What’s wrong with millennials?” “Not Everyone Gets a Trophy: How to Manage Generation Y”, “The Me Me Me Generation” and my personal favorite, “7 Reasons Millennials Are the Worst Generation”.

The word “millennial” has almost become some weird type of slur. Even if you are one, when you hear that moniker, the mind is automatically drawn to the image of some reality show gobbling, selfie-taking, fat, narcissist that whines for praise just for showing up to work. We’re the scapegoats responsible for any vapid piece of culture, any failing in public discourse and any disturbing societal trend.

I won’t say that we’re an “oppressed” group, because frankly, on the scale of oppression it barely registers. I’m under no delusions that I am a victim, partly because I see how much more oppression other groups of people have experienced. But that doesn’t mean it isn’t a bit insulting to be painted as a selfish leach of a human being, who lives only for hedonistic pleasure and constant leisure, when that is patently untrue. I—as well as many of my classmates—have worked multiple jobs just to afford tuition and a modest rent, even getting scholarships and financial aid. All the while I have publications like the Wall Street Journal patronizingly informing me and my generational cohort that we’re “hurting the real estate recovery” by not having enough money to buy homes. Gee, I wonder why the proverbial starving college student isn’t in the position to make a real estate investment? That couldn’t possibly be!

I’ll take a step back here before I give the impression that this article is 100 percent about the plight of me and my people. The generational gap is nothing new. Even Socrates referenced the youth of the Fourth Century B.C., saying, “The children now love luxury. They have bad manners, contempt for authority; they show disrespect for elders and love chatter in place of exercise.”

Contempt for the young is a problem that will probably never leave us entirely until the world as we know it ends. But we can’t allow ourselves to buy into the portrait that has been painted of us. Introspection and considering our own flaws is one thing, but when we start to think that age legitimizes opinions and that the young are inherently inferior people, even while we ourselves are still young, we enter dangerous territory.

As any Sunday school student will remember, 1 Timothy 4:12 encourages each rising generation to have confidence with the simple statement, “Let no man despise thy youth.”