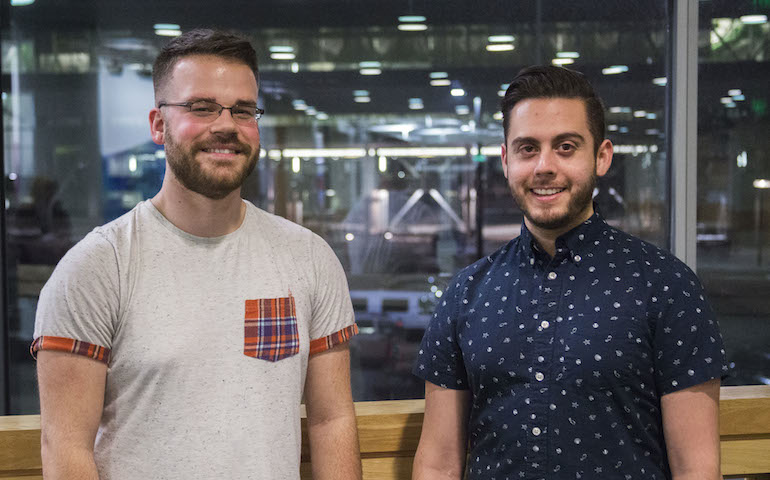 UVU students Aaron Gates, an English Writing Studies major, and UVU alumni Jack Garcia who majored in English with an emphasis in Creative Studies, have successfully created their own LGBT literary journal, peculiar. The two are looking forward to the second issue, to be published by the end of January.

With that purpose in mind, the two created the journal with the help of Emily Mattson, a Provo College graduate with a degree in Graphic Design. The purpose of peculiar was not only to showcase the work of talented LGBT community members, but also to encourage and improve conversation about the LGBT community. “It’s not talked about in the best ways and so we wanted to help people understand the community and get people talking about it,” Gates said.

Written by Utah community members who identify as LGBT, the work that is featured in peculiar ranges from poetry; prose; short stories, both fiction and non-fiction; to original artwork. The pieces, however, are not focused specifically on LGBT issues, but focus on a variety of topics. “To be published in peculiar, the artists have to identify as queer, but the work doesn’t have to be anything related to LGBT,” said Garcia

The title peculiar is one that is unique to the LGBT community. The two debated over different titles, but finally settled on peculiar for several reasons. “We settled on peculiar partly because of the phrase. We [LGBT community] are a peculiar people, but we also played off the tie that phrase has to LDS people. We’re celebrating the uniqueness and that similarity between gays and LDS people—it was kind of like a wink to Utah,” said Garcia.

The response that peculiar has gotten from the public has been small, but positive, and is growing. Though the magazine is not published through UVU, Gates and Garcia received a lot of encouragement from staff members and fellow students to create the journal. After the first issue was published, a local bookstore in Provo, Pioneer Book, held a launch party for the journal where it received a lot of positive attention and support from attendees.

Both Gates and Garcia have enjoyed the process of creating peculiar, though they enjoy different aspects of the experience. For Gates, being able to do something related to his degree, and not restricted to his studies, has been rewarding. Garcia, on the other hand, loves that he’s been able to give writers and artists a place to showcase their work. Many of the writers that are featured in peculiar have never been published before; for Garcia, publishing their art shows these hopeful writers and artists that their work is valued and has a place, which is incredibly rewarding for him.

Both Gates and Garcia will continue publishing the magazine together and are hoping to have peculiar appear in bookstores around Utah. Both the first and second issues will be available for sale at www.peculiarjournal.com.