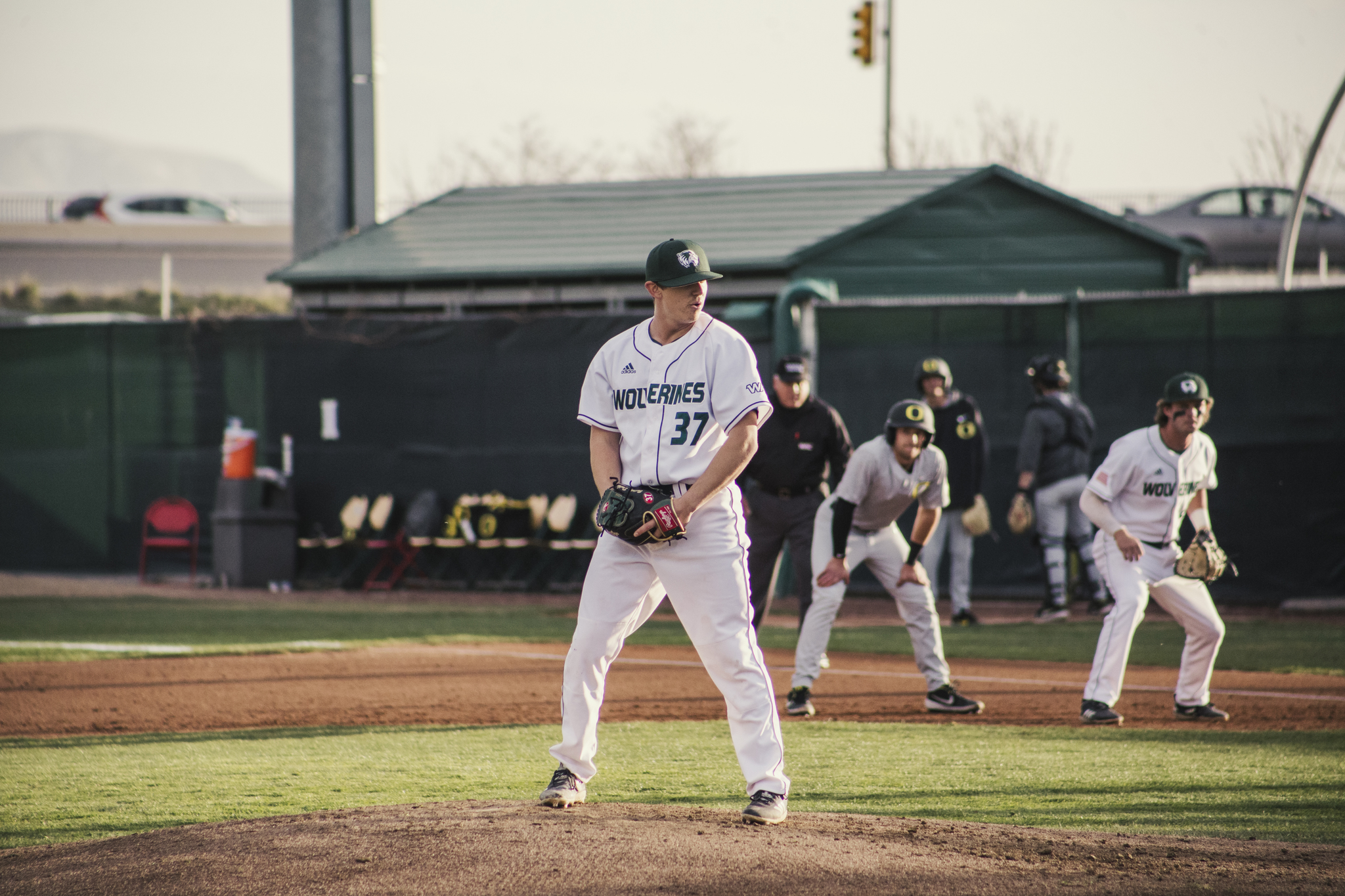 The Utah Valley baseball team started off their 2020 season on the wrong foot as they lost four straight games against the Abilene Christian Wildcats in Abilene, Texas last weekend. The series started on Friday, Feb. 14 and went through Sunday, Feb. 16, with a double-header on Saturday.

Senior pitcher Jesse Schmit got the start for the Wolverines Friday afternoon. He gave up two runs in the bottom of the first-inning, but tightened things up after that — he retired 15 straight batters before leaving the game after the sixth-inning. The Wolverines were held scoreless until the top of the seventh when freshman shortstop Garrett Broussard drove in the teams’ only earned run. Broussard himself would later score on an error by ACU. The game remained tied at 2-2 until the bottom of the ninth-inning before the wildcats secured a 3-2 victory with a sacrifice fly.

The Wildcats proved too much for the Wolverines on Saturday and beat them by scores of 10-1 and 10-3. UVU went to their bullpen early on in the first game and had a total of five pitchers see action. Offensively, the Wolverines didn’t do much better. Their only run came in the seventh-inning on a sacrifice fly by junior second baseman Mitch Moralez. As a team, they tallied only seven base hits and struck out eight times.

The afternoon game proved just as difficult for UVU as they trailed 8-0 before scoring their first run in the sixth inning. Sophomore designated hitter Jeff Arens, freshman left-fielder Connor Hall and Broussard each had two base hits to help put UVU on the board late in the game.

UVU scored first for the first time all series on Sunday afternoon and led 3-2 into the bottom of the ninth inning. Sophomore pitcher Mason Gray and junior pitcher Jaxson Otis had strong showings on the mound — each pitched four innings and allowed six hits combined. Junior first baseman Pacen Hayes went 3-of-5 from the batters’ box and drove in one of UVU’s runs.

The Wildcats weren’t ready to give up though, and managed to drive in the game-tying run in the bottom of the ninth. UVU seemed to have spent all its offensive firepower and went hitless through the tenth and eleventh innings before ACU scored in the bottom of the eleventh on a wild pitch, winning 4-3.

The Wolverines had hoped to start off on a better foot but ultimately ended the weekend with an 0-4 record. They play a four-game series at the University of Portland next weekend, starting on Thursday, Feb. 20 at 2 p.m. MST.