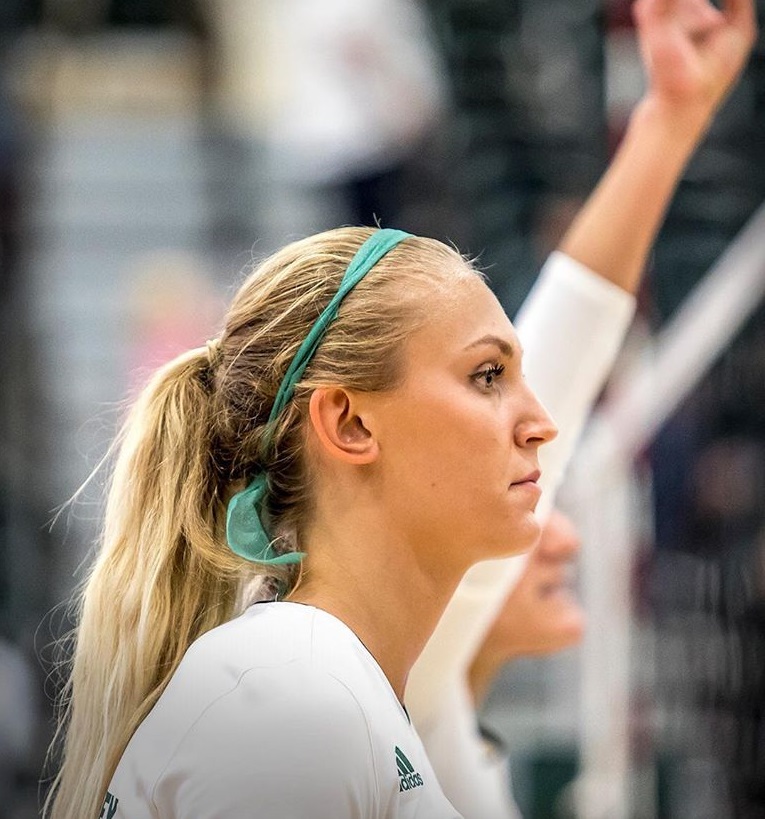 On Nov. 22-24, UVU’s volleyball team headed to Baskersfield, Calif. to compete in this year’s Western Athletic Conference Tournament, battling their way to the championship match before falling to the New Mexico State Aggies.

The opening day of the tournament, the Wolverines had a tight match with California State University Bakersfield, coming down to the last set. They eventually came out on top, with the score of the final set ending at 15-9. Freshman Kazna Tarawhiti led the team with 16 kills and sophomore Kristen Allred added another 13. Juniors Madi Wardle and freshman BriAnne Mortensen finished with 25 assists each

UVU’s next opponent, whom they faced the following day, was the top-seeded UT Rio Grande Valley. The Wolverines played them twice during the regular season, first beating them 3-1 and then subsequently falling by that same score. However, in the tournament, the Wolverines took control from the beginning. Despite the games remaining close, UVU completed a sweep, winning 25-22, 25-20, and 25-23.

Tarawhiti again led the effort with 13 kill and Allred had 11. Sophomore Seren Merrill added 22 digs in the victory. Overall, the Wolverines outhit their opponents .217 to .134.

After knocking off their previous opponents, UVU headed to the conference championships to face the Aggies. They soared through the first set, coming out with a 25-19. However, they were edged out in the next 28-26 and from there New Mexico State was able to take over. The last two sets ended 25-20 and 25-17 in favor of the Aggies.

Tarawhiti again led the way with 12 kills and junior Jasmin Nuitupuivaha came up with 11 in the loss. Junior Makaila Jarema was solid on the defensive end, finishing with nine blocks.

The strong showing in the tournament came just after several Wolverines were honored at the 2018 WAC Volleyball Awards Ceremony. Tarawhiti won WAC Freshman of the Year and was a part of the All-Freshman and All-Conference First Teams. Allred and Jarema were both included in the All-Conference Second Team.

The Wolverines headed to National Invitational Volleyball Tournament on Nov. 29.