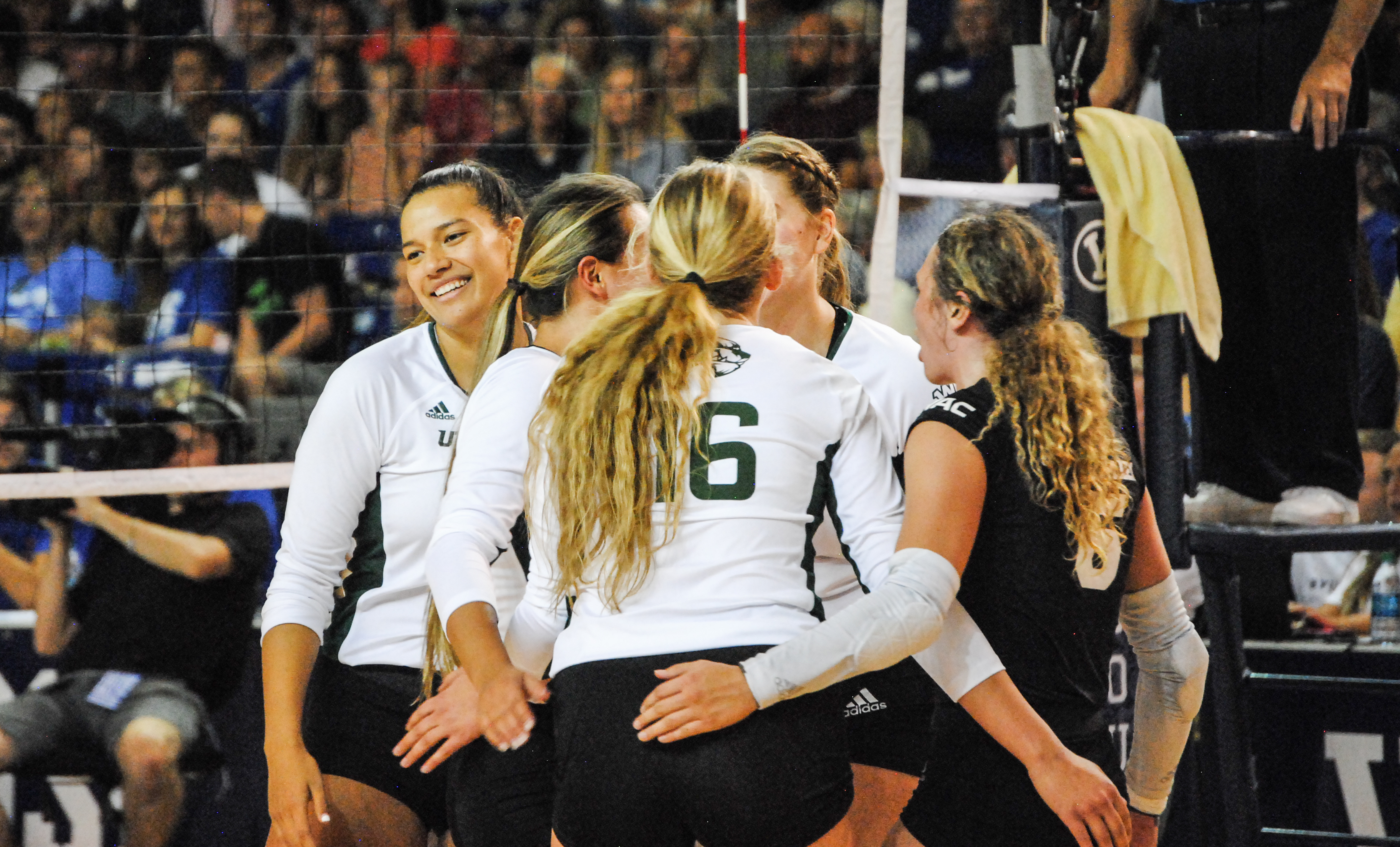 Utah Valley University took on Boise State University in the final match of the BYU Nike Invitational on Saturday afternoon. The Wolverines had better luck winning one set, after not taking any sets in either of Friday’s matches. But, would go on to lose to the Broncos three sets to one.

The standout for UVU on the afternoon was sophomore outside hitter Kazna Tarawhiti, as she led the Wolverines with 18 kills. Senior Jasmine Niutupuivaha had a solid performance with eight kills on the day. As far as stats go for UVU, they had 52 kills, 50 assists, 56 digs, and 22 blocks as a team against the Broncos.

The third set would prove different though, as UVU pulled through with a 28-26 victory. The set was a back-and-forth effort throughout — with defensive specialist/libero Seren Merrill keeping the team alive with some crucial digs. Merrill ended the day with an impressive 18 digs.

Another big key for the Wolverines in the set three victory was the blocking. Senior middle-blocker Makaila Jarema led the team with seven blocks in the match. While freshman outside hitter Tori Dorius had five of her own in just her third career game.

BSU wrapped up the match by winning the fourth and final set by a score of 25-15. UVU ended the BYU Nike Invitational going 0-3, but gained very valuable experience for the rest of the season as they lost to two ranked opponents in No. 16 Marquette and No. 9 Brigham Young University, as well as a feisty BSU Broncos squad.

UVU will now prepare for their next match on Tuesday, Sept. 3 as they head to Pocatello, Idaho to take on the Idaho State University Bengals. The game will take place at 6 p.m. MST. Then, the Wolverines will finally come home for the first time this season to host the Wyndham Invitational at Lockhart Arena on Sept. 6-7.