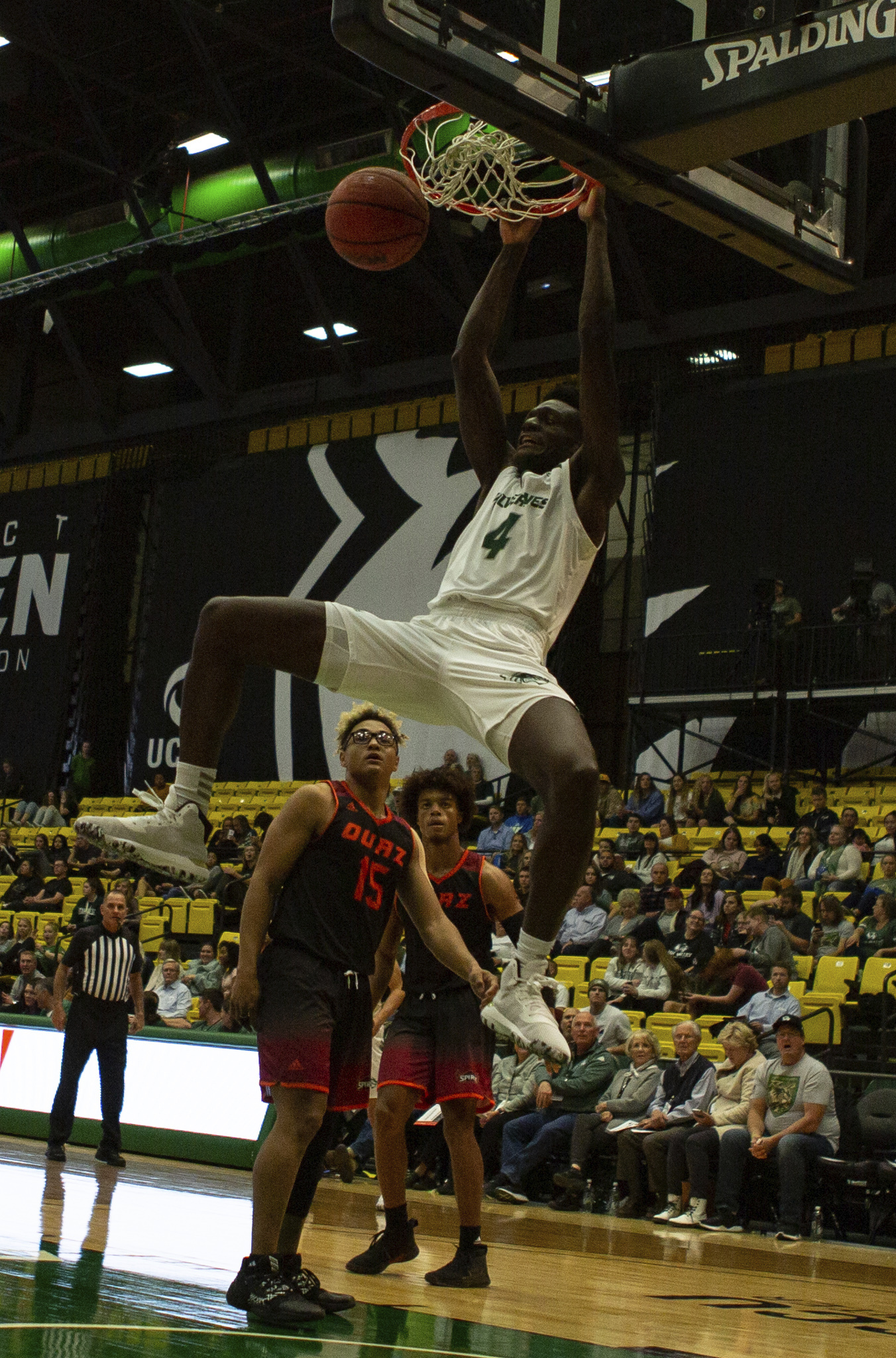 Following a big win at Chicago State in their WAC opener, the Utah Valley men’s basketball team traveled to Kansas City to take on the Kansas City ‘Roos on Saturday, Jan. 4. UMKC came into the game undefeated in the Swinney Center, having won all five games played in their home arena. The Wolverines were unable to overcome a slow start to the night and fell to the ‘Roos, 68-63.

UVU beat UMKC three times last year, including once in the WAC tournament. From the jump, however, it was clear the ‘Roos were not afraid of the Wolverines, leading by as many as 14 points midway through the first half. UVU made only two field goals in the first 10 minutes of play, thanks to jumpers by junior guards Casdon Jardine and Isaiah White.

UMKC was led in the first half by senior guard Jahshire Hardnett, who scored 10 points. Hardnett transferred to UMKC after playing his sophomore and junior seasons at Brigham Young University. Jardine and White each finished the half with five points. As a team, UVU shot 30% in the first half and shot only 1-of-6 from beyond the arc.

The Wolverines started out slow again in the second half, allowing UMKC to jump out to a 37-21 lead. UVU finally found their rhythm with 16 minutes left and brought the game within two points following a 17-4 run.

UVU junior guard Brandon Averette scored 10 points in a span of two minutes — making it a one-point game with five minutes left. After scoring only one point in the first half, senior guard T.J. Washington scored 12 in the second, including a go-ahead free-throw make with 3:40 remaining.

UVU held a slim lead until a 3-pointer by Hardnett with 35 seconds left put UMKC ahead for good. Hardnett would secure the victory for the ‘Roos by going 4-of-4 from the foul line in the final 15 seconds. Hardnett finished with a game-high 17 points, while Averette led the  Wolverines with 16.

Senior forward Emmanuel Olojakpoke shot a perfect 6-of-6 from the charity stripe for UVU, despite shooting only 52.2% for the season. All five UVU starters finished with at least 10 points for the first time this season.

The Wolverines have a week off before their next game, when they face the Seattle Redhawks in Seattle next Saturday, Jan. 11, at 8 p.m. MST.