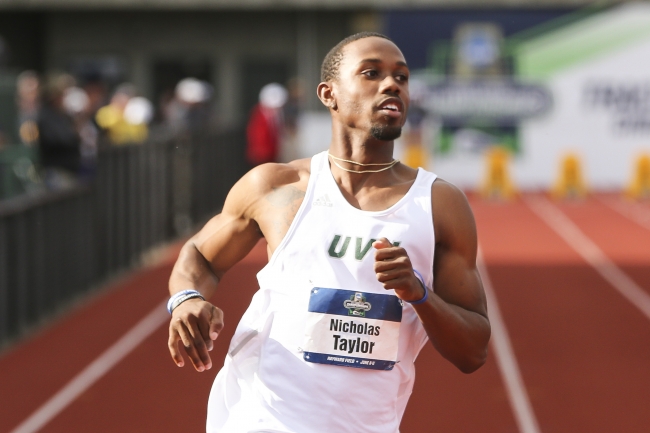 Utah Valley University wrapped up its 2016 track and field season on a high note as senior sprinter Nic Taylor earned All-American honors in what can only be described as a landmark season for the Wolverines.

Junior Rusty Jones described the season as unique, and though he didn’t get to compete in all the events he wanted to, he still feels that he was able to leave his mark on the season. With his senior year coming up, Jones wants to achieve even more.

“10 years down the road I’ll probably be a forgotten shadow,” said Jones. “But that’s why I want next year to really count hard, and make it to nationals and put my mark on the team.”

With a pulled hamstring, Taylor wasn’t able to qualify to advance in the NCAA Outdoor Track and Field Championship. However, he was able to earn All-American honors. He feels that the season was a success, “an A-plus,” and doesn’t take any of the accomplishments for granted.

“Overall the season was very enjoyable, very fun,” said Taylor. “I can’t say that my season was defined by one moment that was good or bad. I know I had a fun time just sitting back sometimes, watching my team with their season as well.”

With the All-American honors brought by Taylor and the success of the team at the conference championships, Jones believes that the exposure that UVU received this season was great.

“The past few years we have been improving quite a bit as a team,” said Jones. “I think we’re on the brink of breaking out of what people maybe think of UVU.”

In addition to her 10,000-meter title, Savannah Berry won the 5000-meter championship. Berry was also given the WAC Women’s Outstanding Track Performer Award.

With her first-ever WAC title in the 1500-meter run, Shevaun Ames defeated the competition in what can only be described as a neck-and-neck race to the finish.

“We are excited about how we finished, and what lies ahead of us,” said coach Houle.

With a new season to look forward to, the Wolverines are eager to get back in to the thick of things.