Get out, support your Wolverines 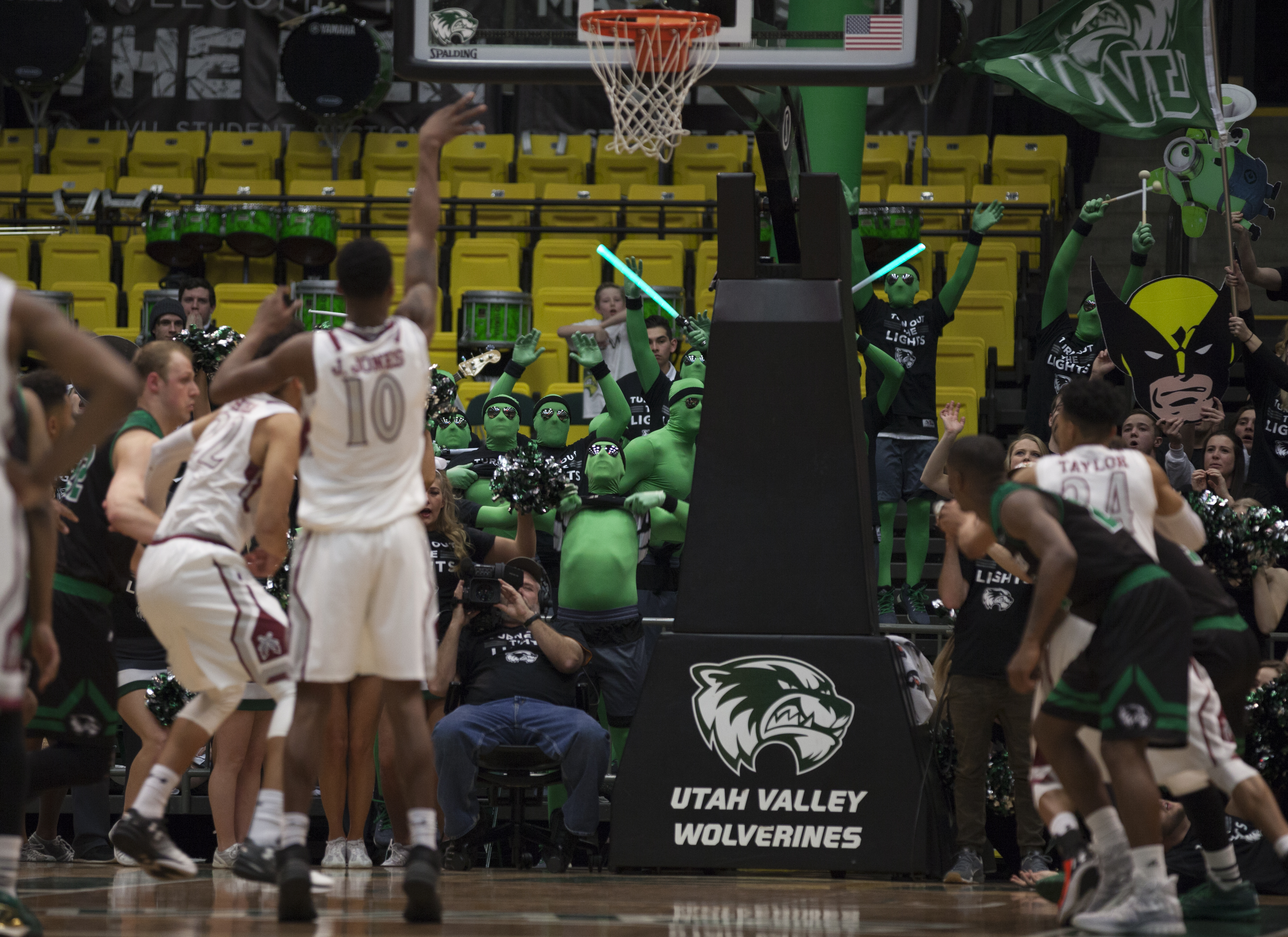 With the semester winding down and my time at the UVU Review coming to an end, I decided that my last column will be dedicated to what I have come to love: the UVU athletic teams. I have been covering these teams since November 2014. My first article was based around Tyson Lambert and the UVU men’s cross country team. It was a preview article about a team battling for its second-straight WAC championship. Lambert and the Wolverines went on to win that second conference title and my time as a sports writer was off and running.

The coverage has taken me to Phoenix twice, once for the WAC baseball tournament in 2015 and the other for the men’s basketball game at Grand Canyon in January, 2017. I was at Madison Square Garden to cover Jade Rauser as he became the second All-American in UVU wrestling history. I don’t think students and fans know how hard it was to sit up in the rafters, tweeting about Rauser’s accomplishment while trying to keep my emotions in check.

I was there when the UVU women’s soccer team played in its first-ever NCAA Tournament match. The Wolverines lost to BYU but it was a day to be proud of as a UVU student. I have sat up late at night finishing up a volleyball match on the WAC Digital Network or watching a quadruple-overtime men’s basketball game in the semifinals of the WAC Tournament. I have sat down with coaches and players alike and established great relationships.

My favorite moment or game that I covered was Aug. 26, 2016. 20th-ranked Washington came to Clyde Field to take on the 24th-ranked UVU men’s soccer team. It was the first-ever meeting between two top-25 teams at UVU and the first time any UVU team had started the season in the top 25. After Karson Payton received a red card in the 50th minute, UVU played a man down the rest of the way. It didn’t matter. Paul Hoffmeister scored in the 55th minute and UVU held on to win 2-1 in the season opener for both teams.

All of this is to say, if you are not on the UVU bandwagon, now is the time. There will be ups and downs but it’s time to be proud to be a Wolverine. This sports writer certainly is and has truly been converted to the Wolverine Way.