An MVP race for the ages 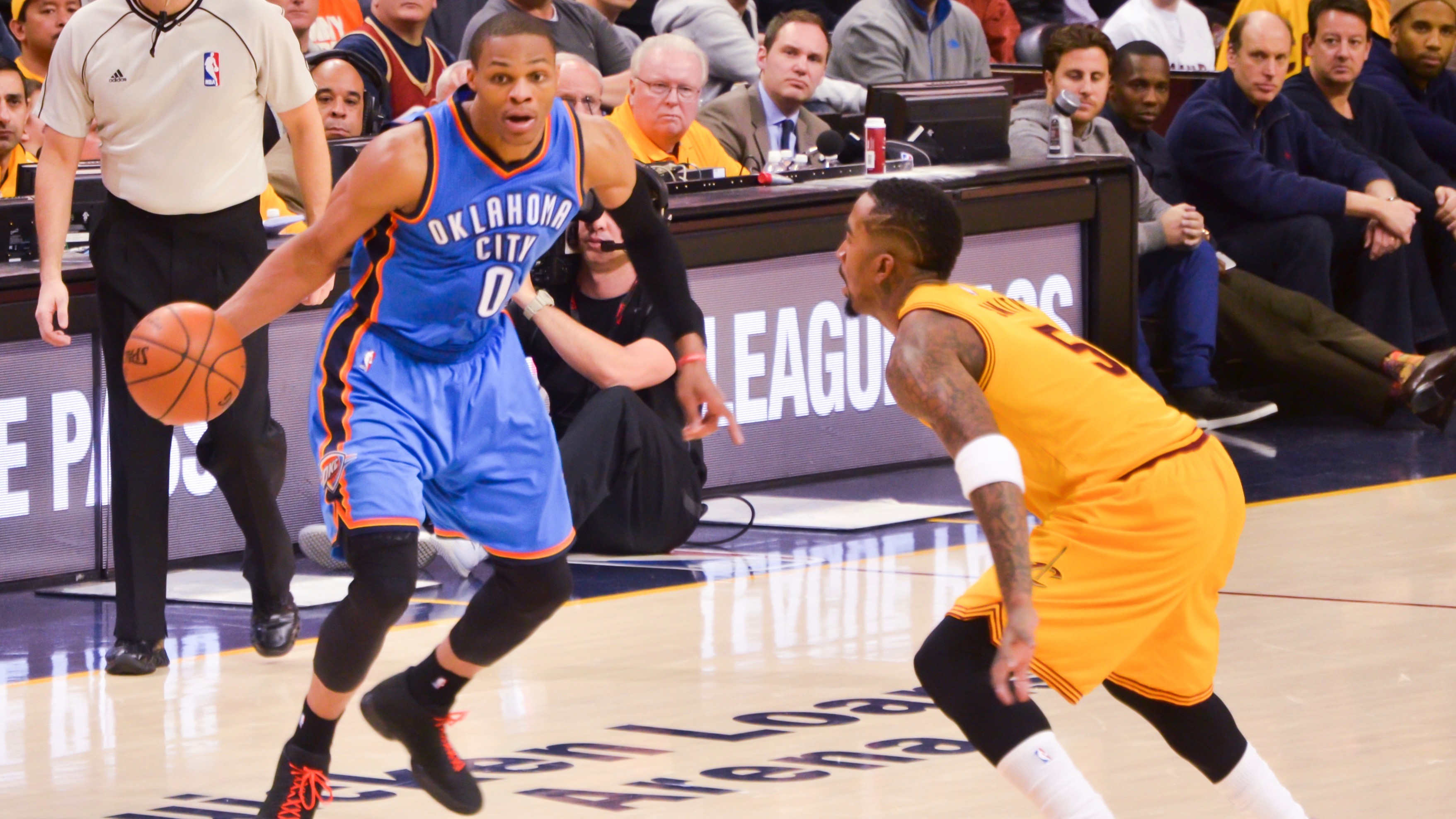 Each year, the NBA hands out its award for the league’s most valuable player. During most seasons the most deserving recipient of the trophy is abundantly clear by the end of the season, as was the case the last two years when Stephen Curry was honored. With as many as four players performing at an MVP level, the 2016-17 season is not like most seasons. As the stretch run for conference seeding heats up, the race for MVP has followed suit.

Whether it’s 2017 or 2007, you can’t talk about value without mentioning LeBron James. This season James is averaging roughly 26 points, eight rebounds and nine assists. There are a few talking heads in sports media that believe James should win the MVP award every year. Comparing his statistics to recent winners it’s hard to disagree with that assertion. However, the attention this year should be given elsewhere.

After Kevin Durant departed the Oklahoma City Thunder to join the Golden State Warriors, Russell Westbrook was left with a supporting cast of no All-Stars and an overpaid big man who fractured his own forearm with a folding chair. Everyone expected big things from Westbrook, but were they expecting a potential record-breaking season? He is on pace to become just the second player in NBA history to average a triple-double for an entire season, joining Oscar Robertson who did so during the 1961-62 season but was not named most valuable player. What was once viewed as something that would never be repeated is now just an average game for Westbrook.

Also making a case for the top individual honor are Kawhi Leonard and James Harden. Taking home the award for defensive player of the year the last two years, Leonard is the best defender of the candidates. Additionally, his San Antonio Spurs are fighting with the Warriors for first place in the strong western conference. However, it seems the MVP award winner has often relied more on the offensive side of the ball. Enter James Harden. Even though he could undoubtedly draw a foul taking his garbage cans to the curb, Harden’s ability to change positions and his team’s overall improvement make him a legitimate choice, even though he failed to make any of the three All-NBA teams a season ago, despite posting gaudy numbers.

Examining the top contenders, it seems that the voters can’t go wrong this year. The NBA made a smart decision to debut the league’s first ever NBA Awards Show this June, where the Most Valuable Player will be announced. Hopefully the envelopes don’t get mixed up and Russell Westbrook is the 2016-17 NBA MVP.