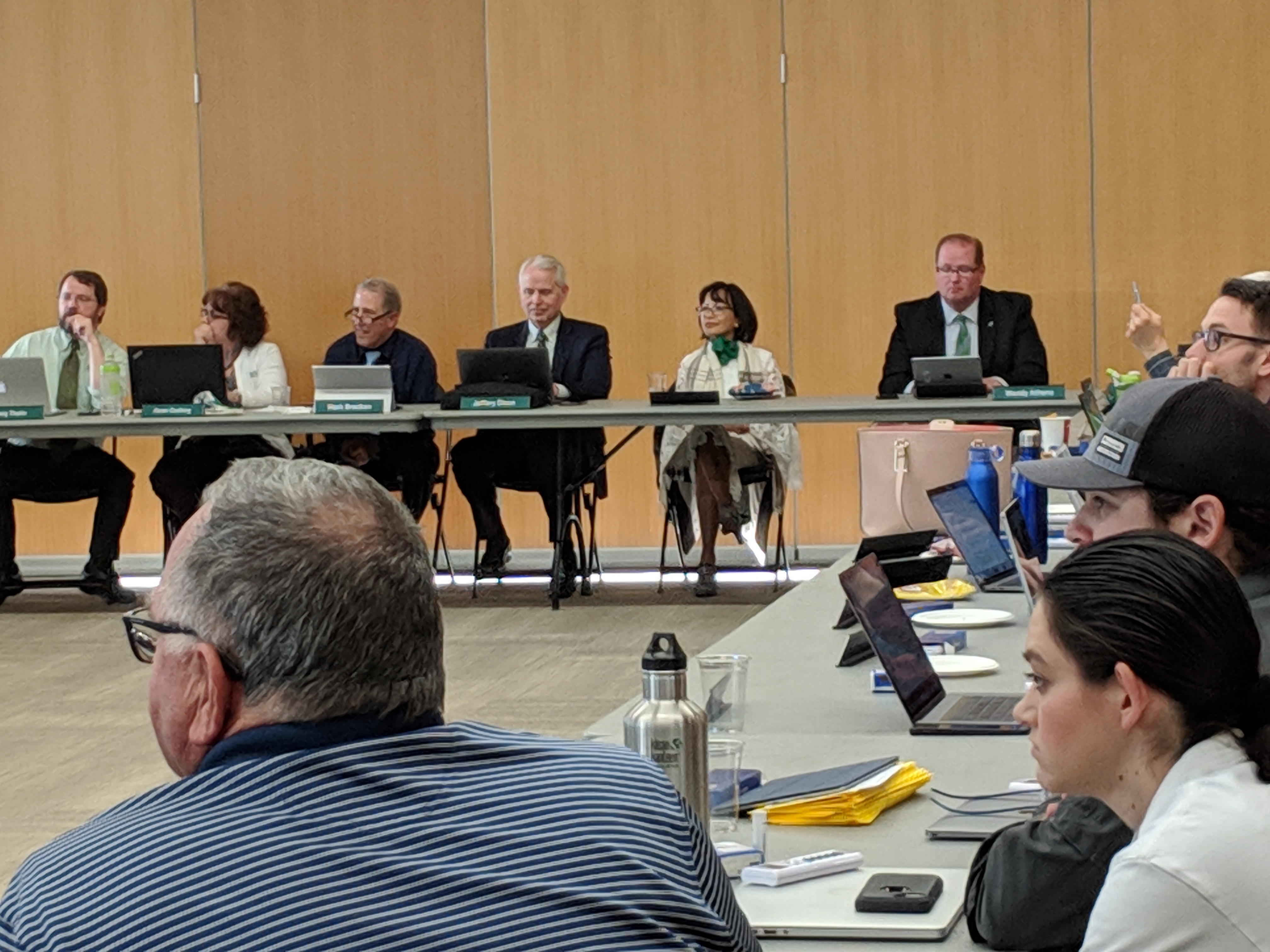 President Astrid Tuminez recently sent out a new “mission framework” for UVU, which included a mission statement and corresponding values. Many faculty members are concerned with the direction of the proposed changes. These concerns were addressed at the last faculty senate meeting held on Feb. 26.

This new mission statement says, “Utah Valley University is a comprehensive community college and university that prepares every student for success in work and life through excellence in teaching, scholarship and service.”

“It takes a corporate approach to education,” said Kelli Potter, a philosophy professor and faculty senate member. “The old statement was better. It was more thorough, but it also showed seriousness, academic rigor — those things were part of the statement.”

“I’m worried that the administration hasn’t so far considered faculty concerns,” Christa Albrecht-Crane, an English professor said. “I’m really surprised the university statement is made without much mention of the actual work we do, which is education.”

Members of the faculty senate provided individual comments on the mission framework in a document nearly seven pages long which expressed the plurality of opinions about the proposed framework. These faculty senate comments will be sent to the administration as further feedback.

Jeffrey Johnson, director of Institutional Effectiveness and Planning, attended the faculty senate meeting and was asked how the senate comments would be responded to.

“I will beg you, after having seen some of the comments, please do not give me the gun with which someone else will shoot you,” Johnson said. “There are some comments in this that strike me as almost insulting… Don’t make me pass that on. My concern is that those comments will be used to delegitimize the faculty contribution across the board.”

Many senators went on to express concerns over Johnson’s statement.

Several faculty members expressed similar doubts following the meeting and would prefer to be part of the workshopping process as they were with past mission statements.

“To me, [this debate] pointed to the fact that we need to continue to strengthen the trust between administration and faculty,” said interim senate vice president and technology management professor, Anne Arendt.

When asked to comment on this debate, Tuminez expressed confidence that the faculty concerns will be heard and articulated throughout the process.