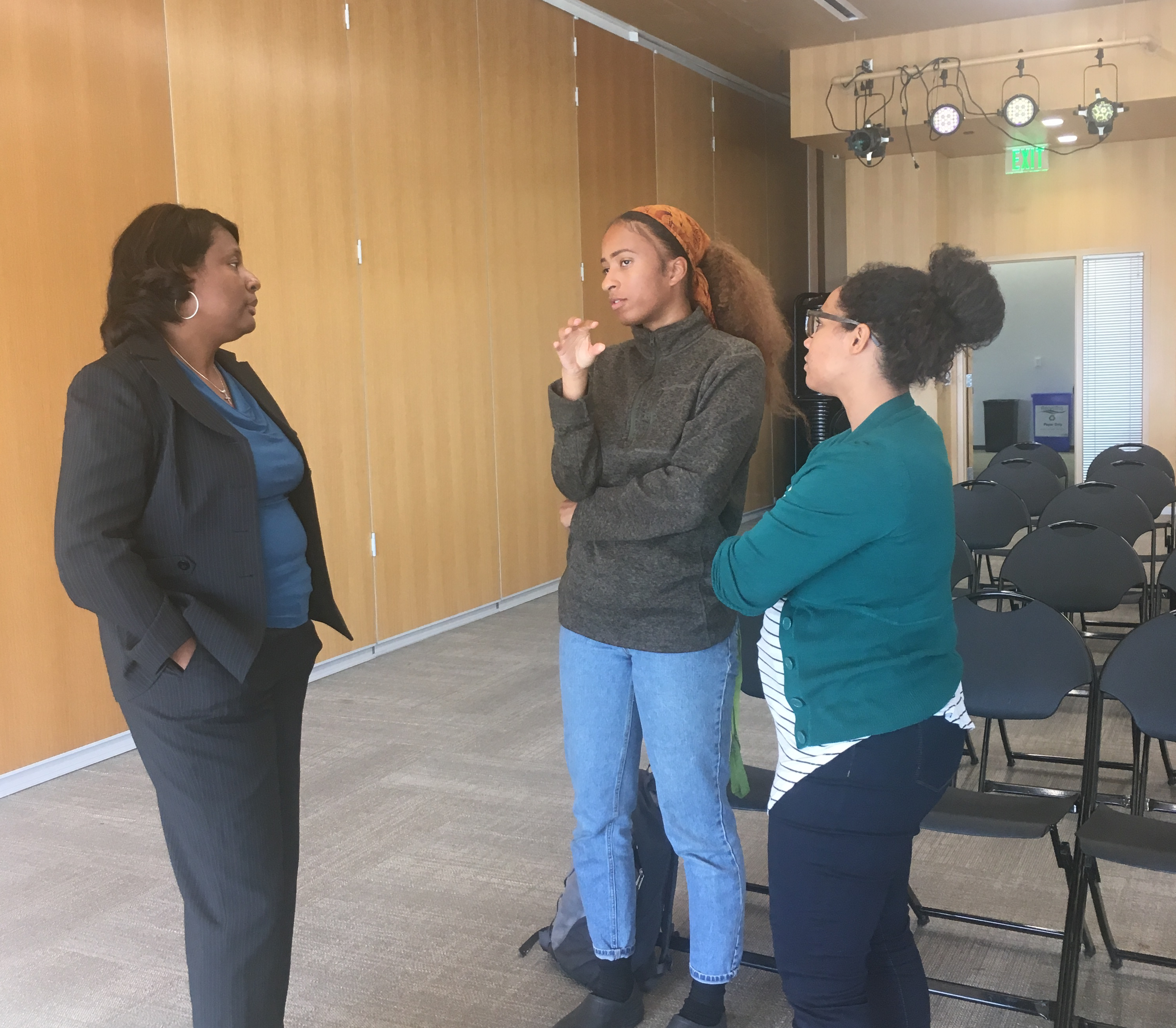 Kira Smalls, BSU president and American Sign Language major, moderated for the panel. Her questions to the panel focused on diverse representation in politics.

“Why is it important to get involved in politics, even when it seems like our politics, our leader, our laws aren’t serving us?” Smalls asked the panelists.

Burch and Hollins spoke about the impact that people, voters and politicians can have on local government. Hollins emphasized ballot initiatives, calling them the “voice of the unheard.”

The panelists discussed the significance of black people in politics, with Hollins emphasizing the importance of having different voices at the table. Burch further agreed with these points, and pressured the importance it is for people to represent themselves and their views.

When asked how young people can get involved in politics, Burch and Hollins said how influential young people can be. Hollins then used an example about people arranging protests across the country the day after a school shooting.

“One of the things we always hear is that the young people are our future,” said Hollins. Well, you’re our now.”

Shelby Gist, co-vice president of the BSU and a senior theater major, expressed her revived investment in the political process.

“It was renewed in my mind that I need to get things done, if things are going to get done. My officials can’t do anything unless I say something. We see so many white officials that we get discouraged quite easily,” said Gist. “I think Sandra Hollins is completely correct, we need to make sure we’re calling people as much as we are protesting.”

Hollins and Burch conveyed positive messages about the nature of politics in Utah. Both mentioned how much they love to hear from their constituents. They answered the questions in the panel with a call to action for young people who are interested in making a change.