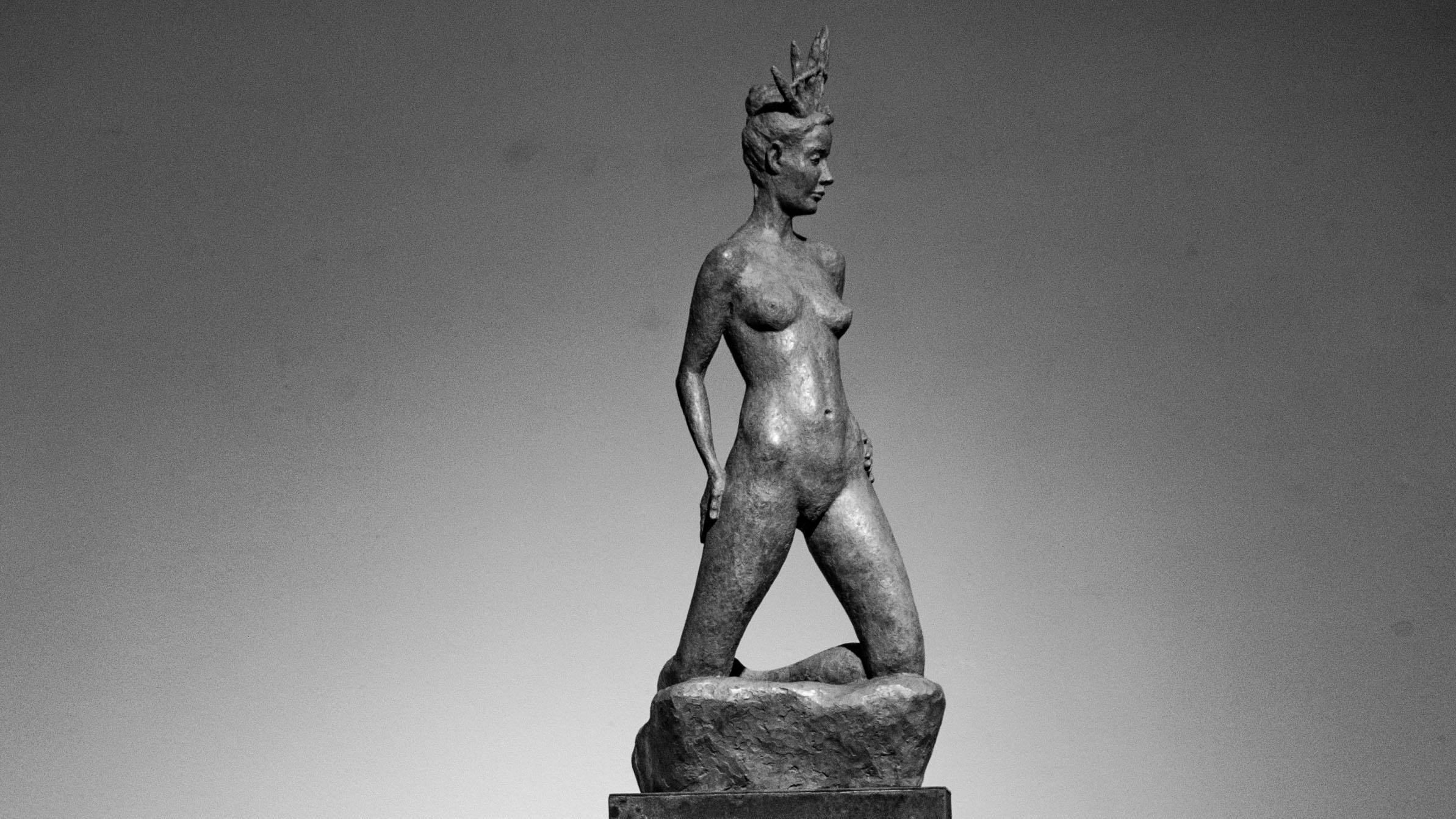 The Woodbury Art Museum participates in a national conversation by showing their exhibit “Who is American Today?” This multimedia display brings together many high school students as they answer questions about being American: What do families look like? What ideas and people come to mind? What do American people represent? What do they look like?

This exhibit greeted guests with a group of high school students pictured in black and white under the heading “Who is American Today?”

The “Who is American Today?” exhibit is an ongoing multimedia project that various high school students have contributed to and includes a 30-minute video about what those students think it means to be an American. It includes several different images of the students’ families, their environment and artworks through which the students expressed feelings like patriotism and freedom.

When asked about her feelings on the “Who is American?” portion Makenzie Hall, the visitor services coordinator at the Woodbury, said, “The public kind of rushes through it. It is something I have been staring at for 20 hours a week and I really enjoy the way they’ve displayed the photos. They’re big and bold and really speak to how individual each person is— which I feel really plays on that idea of ‘Who is American’.”

Taylor Wright, a gallery assistant and a painting major graduate said this of the “Who is American Today?” exhibit: “I feel like some people rush through it because it’s all the same format, but if people do spend the time they will usually do the video portion. They work together really well—the kids in the portraits also did the video pieces.”

“Who is American Today?” is paired with another exhibit, “Hidden Voices,” which addresses questions and problems LGBTQ youth are facing.

Kenshi Westover, the exhibit and graphic designer for the Woodbury, introduced the pairing, “They both have to do with identity. ‘Who is American Today?’ is a very specific question that is its own mini-exhibit in ‘Hidden Voices.’”

Westover also said he is “encouraged by the fact that an exhibit like “Hidden Voices” can be presented in a place that is so homogeneous because a lot of times those voices get overlooked, silent, or are silenced.”

Hall made a similar comment, “it’s actually been a really interesting show. The public has come in of all ages and I wasn’t sure how the visitors would handle a perspective outside of their ‘bubble,’ but everyone has responded very positively.”

The next exhibit at Woodbury Art Museum will be a showing UVU student artworks which will include BFA projects. This exhibit will be showing March 12 through April 27 with an opening reception held March 12, 6-8 p.m.