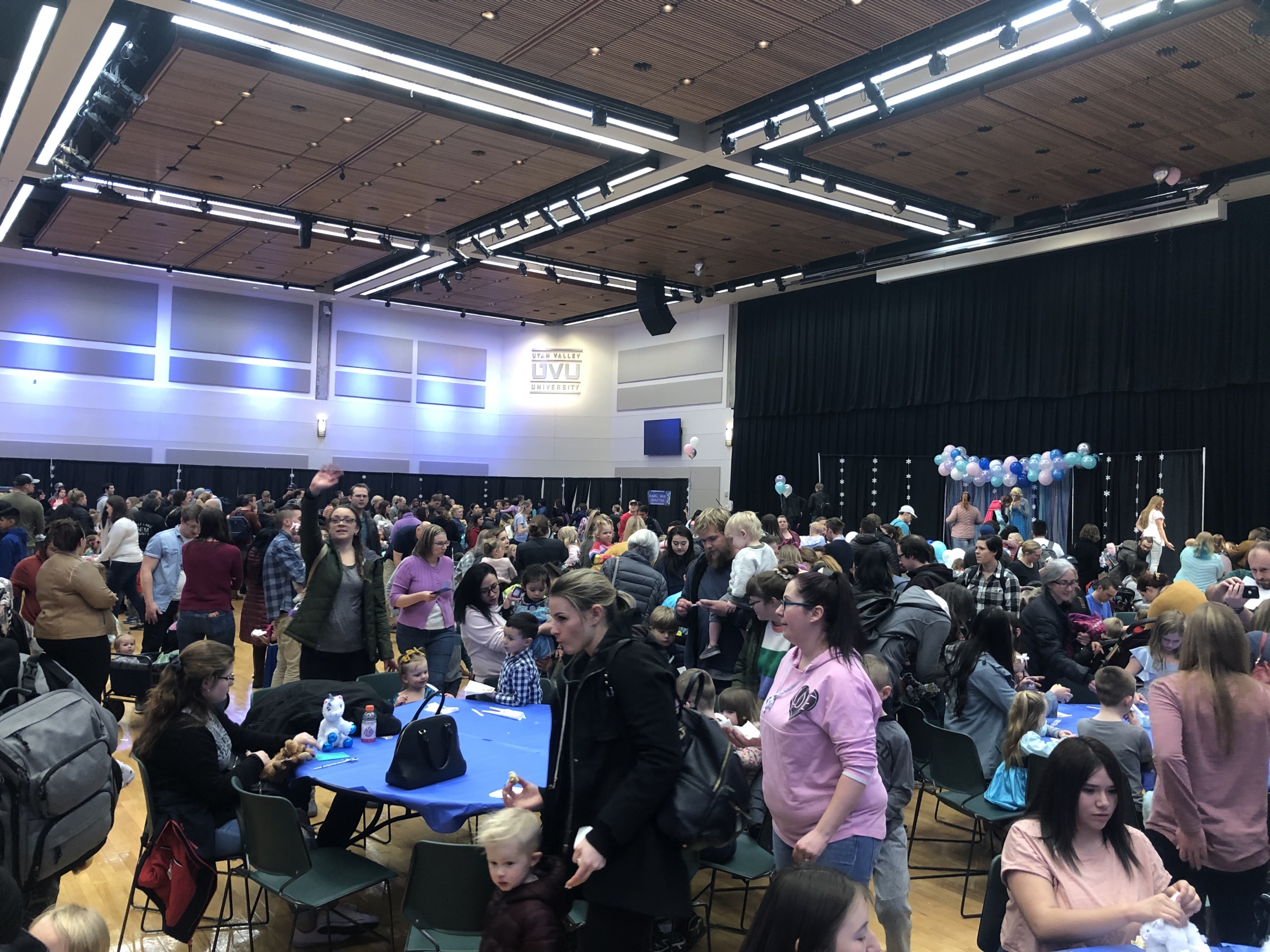 If you were on campus the night of February 10th you may have seen the hundreds of parents and their children who showed up for UVU’s “Frozen” Valentine Party hosted by UVUSA. The Grande Ballroom was filled with kids dressed up in capes, dresses, and “Frozen” paraphernalia. Twenty minutes before the event started, there was a line that wrapped past the UVU bookstore and down into the dining area. The promise of a stuffed animal to the first 200 kids was enough to get people excited to show up early.

Outside the ballroom was a large blue poster with the Arendelle castle—the main location of the “Frozen” film series. A large arch made of balloons in various shades of blue as you entered the ballroom.

Once inside there were a variety of Frozen-related activities. You could start by pinning the nose on Olaf and move to cookie decorating, magic wand crafting, the valentine station and more. There was also a drink station and Olaf flurries, or balls of cotton candy, as yummy treats. The smell of the sweet cotton candy filled the ballroom.

Anna and Elsa were there in person to meet and take pictures with children throughout the evening. As each child went up to take pictures and meet them, Anna and Elsa greeted them happily. Many children showed amazement at having had the chance to actually meet the fairy-tale princesses.

The event started at 6 p.m. and by 7 p.m. 1,000 people had already attended the event. It appears with “Frozen 2” recently hitting theaters, the “Frozen” theme was more popular than originally thought, considering this was more attendance than UVU has had for this event in past years.