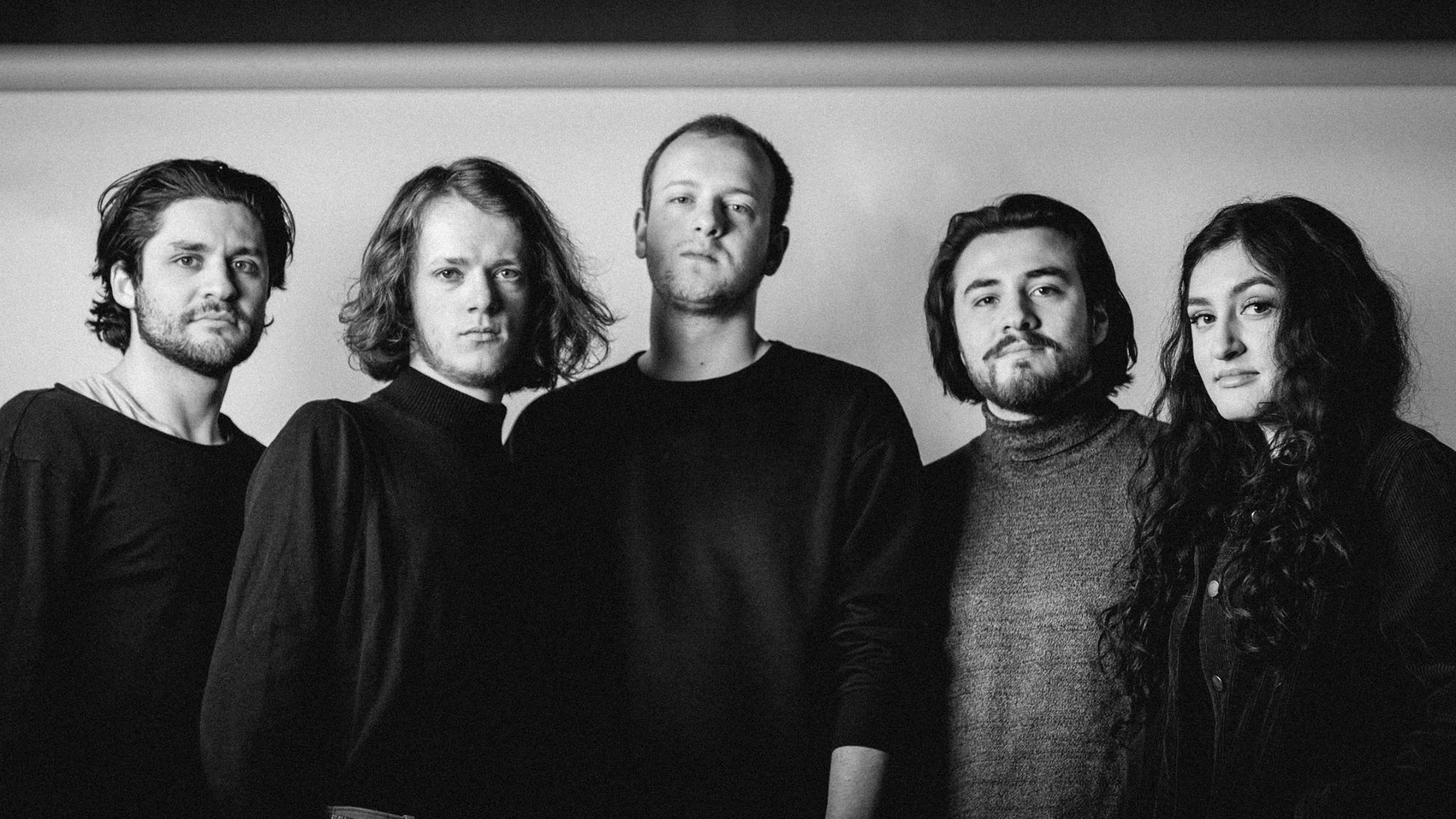 Mmend is made up of siblings, Mitchell, Mason and Elise Winter, and friends Bryce Johnson and Dallin Orr.

“We wanted to bring something unique to the table,” Mason Winter said. Lining the walls were pieces of artwork, a specific piece for each track on the album.

“As an artist, you understand how much time and thought goes into each song,” Mason said, motioning to the hanging artwork at Velour, “and you only hope that the listener gives it the same amount of time and effort.”

For “Spectator,” the passion and effort are obvious. “We did everything ourselves,” Mitchell Winter said. “All of the art, the social media, the music, the videos — everything was us.”

Sharing inspiration with Rothko, Plato, and the masquerading pop-hooks of Bowie, Mmend produced what Orr described as a “giant multidisciplinary art project.” The album is as hypnotic as it is authentic, pairing haunting melodies with harmonious artwork.

This art-rock group detailed their journey through their songwriting, which was put on full display during their album release show.

“Early on, we crammed everything we wanted to say into a song,” Dallin said. “We’d make these huge, elaborate songs. When we made this album, we wanted to make a whole set of music which helped refine the vision of each song. The scope of each song was smaller and more refined and more sophisticated — that was important for us.”

The live show at the Velour and each aspect of the album, was done purposefully.

“We weren’t just out to make noise,” Mitchell said.

As stimulating to the eyes as it was to the ears, Mmend made sure to provide an unforgettably immersive show for the sold-out crowd. McKenna Shaw, UVU student and concert-goer, was impressed with the mesmerizing artwork coating the wall.

“Making good music is hard,” Shaw said, “but making music that is as great as this art, that is hard to pull off. Mmend did that.”

The show was as momentous as the album promised. “We’re proud of this album. Sonically, it’s different. It exceeded our expectations 100 percent.” The band encouraged concert attendees and fans to listen with effort, finding a meaning of their own and discovering the unique narrative arc in the new album.

The album was produced by Nate Pyfer, who is also an adjunct instructor at UVU, and can be found on Spotify and Apple Music.